The American Dreamer from Bulgaria 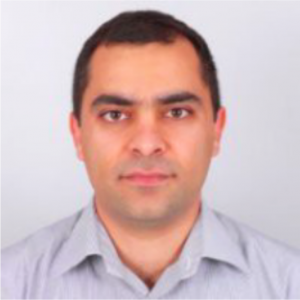 Then one summer day in 2012, our family woke up in 3 AM in the morning to catch our flight to America. Airport security had been increased because of a bombing the day prior to our departure.

My father, Danail, was always a mediocre student. He mostly got Bs and Cs while in middle and high school. He did not get in the best university that was available to him. However, through hard work he was able to climb to a social status that allowed him to emigrate to another country from our home country of Bulgaria, and to secure a better life for his family. This climb has been the American Dream for my father as he has climbed and closed in towards his dream life.

Danail was born in 1975, Varna, Bulgaria. While he was young, my father liked to spend most of his free time reading or constructing models. He mentioned that “I used to read several books at once,” and was part of the model building club in Varna. While he was growing up in Varna, however, so was the popularity of computers, and that is where he found his dream job. Danail had started to show that he was an exceptional programer early on, when he was able to create a program that would fill in a contour. This was a very difficult task as, at the time, computers were very slow and programming languages were not as advanced. Because of this, making the program wrong could make it take a very long time to complete, or not work in the first place.

Eventually my dad found that this was his dream job, and despite his low grades in school, he went on to go further than all of his classmates. He has told me stories of his classmates who were always getting As, and were perfect students; however they are still to this day in their first job. My father has also had trouble progressing through his career, often having to switch employers in order to get a raise. However, through working hard and chasing his dream, my dad became an employe of VMWare, a company based in the US. They liked my father, so they gave him his first opportunity to come to the United States and give a presentation on his work.

This first visit to America gave my father an idea that we should move to the US, in the Silicone Valley. Danail saw that there were many opportunities in this new land. He saw that our family could get better education, health care, and more and better job opportunities. However, unlike most immigrants looking to achieve their American dream, my dad was not traveling alone, he had a family that he had to find a way to bring with him. He went on a second trip to America to find a place where our family could live. Danail was searching through the possibilities, and decided that the best place to live would be Palo Alto. And so my father’s mind was made up, we were going to move to America.

After my father came back, our family started preparing for the trip over. Then one summer day in 2012, our family woke up in 3 AM in the morning to catch our flight to America. Airport security had been increased because of a bombing the day prior to our departure. While that had slowed us down, it certainly was not going to stop us from going to America. Since the flight was over 12 hours long, we had to eat on the plane; unfortunately we were on a French air line, so we all got served chicken with peaches, which was something none of us had ever tasted. It had a very weird taste, but it prepared us for the fact that we were most likely not going to find anything similar in America.

When we arrived at the airport we were almost to our final destination, but we had one last leg of the trip, getting to the hotel. My mother, who was the only one with a driver’s license at the time, had to drive a completely new car. The car took some getting used to, which produced some funny moments. While trying to figure out all of the functions of the car, my parents accidentally pressed the emergency call button and called 911. They had to explain that it was an accident with their mediocre English, making the situation quite awkward. Luckily, at the end of the day we had arrived safely at our hotel and were ready to start our adventures in the US.

After living in a hotel for a few months, we moved into an apartment and were ready to start going out further. One of our first destinations after seeing most of the Bay Area, was Los Angeles. We had decided that we wanted to see the walk of fame. We arrived in the city being very excited to see this street which had almost legendary status outside of the US. However, when we got there we were very disappointed; my mother had said, “This is just a regular street with a bunch of stars on the sidewalk.” That is the day that we all realised that most of these legendary things that we had heard tales of, were very ordinary, and that the American dream was not nearly as hard to get as we had once believed.

Armed with this knowledge our family set out to build our own American dream. We were all disappointed that most of these legends we had heard about America were a bit over exaggerated, but we were also happy to realise that the American dream was not nearly as impossible to achieve as we had previously believed.

This story was written by the immigrant’s son, Ivo Kozhuharov, a student in Palo Alto.