Adventurous European Woman Ends Up in the Peace Corp 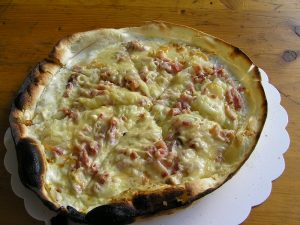 Today I am presenting to you an interview with my favorite person on this planet, my grandmother. She went back and forth between France and Spain until she was 18 years old because her parents were divorced. Her first visit to the US was when she was 18. She went all over the US but eventually settled in California.

She said one of the biggest cultural differences that she noticed was the quality of food. My grandmother loves eating everything, and she said the food in the US felt worse in quality compared to how she ate while in France and Spain. My grandmother’s mom was French and her dad was Spanish so she grew up speaking both languages. When she came to the US she didn’t struggle too hard with English though because she spent a summer (3 months) in England with a host family and really picked up a lot. She did have an accent but over time it became less and less.

Her top priority while traveling to the US was to get a job and explore the country a little bit with her friend. My grandmother and her friend ended up getting secretary positions that helped them tour from New York to Florida and back. Since my grandmother traveled to the US with her friend and they both got jobs with other individuals in similar situations. She was not nervous about staying here.

While here, she communicated with her mom and dad through the landline phone whenever she could, which was pretty often. She saw this trip to the US as an adventure and tackled each day as it came to her. She said the trip was very fun and enjoyable. My grandmother did not personally face discrimination, but that’s because she looked like a white woman. While traveling through the East Coast she saw plenty of other people face blatant discrimination and that was heartbreaking and terrible for her to see. She saw signs at restaurants, buses, swimming pools, you name it, that would say “White’s Only” or “No Colored People”.

Europe had it’s own version of racism going on at that time (1960s), mostly towards Arab people. But in Europe they would never make signs banning them from certain establishments, so it was a shock to her to see that disgusting behavior.

When my grandmother married my grandfather it did not grant her citizenship. France, for some reason, did not want to approve of her moving there. The day after my grandparents’ honeymoon, they finally went to a US establishment and requested a residency card, which they got in less than an hour. My grandmother kept renewing her residency card until she was in her 40s. One day my grandfather brought up that she should really be thinking about her social security so she should get citizenship. It was then that my grandmother started studying, took the test, then received her US citizenship. She says back in the day it was easier, because right now it is a very, very long process to get your paperwork.

When the Peace Corp first formed a few miles away from her secretary’s work, she applied and immediately got the job. They loved that she knew French, Spanish, and English. The head of the Peace Corp, Sargeant Shriver, had lunch with her and a group of other people. They sent her to teach different languages in Morocco, all over the US, Mexico, and so on. She was moving every 4 months and was paid handsomely.

My grandmother was not homesick, she loved the adventure that was her life. She didn’t travel between Europe and the US a lot because she was afraid of planes but she made up for it through phone calls with family every so often. When we talked about her phone calls with her parents, she started to cry, which in turn made me cry because I don’t know how she didn’t feel alone while traveling for so many years. I think right now she misses her parents (they are no longer with us). I feel closer to my grandmother whenever she shares her stories and I love that she still remembers all of them.  My grandmother has thousands of stories to tell so both of us loved participating in this interview.