Adjusting to Many Differences from China 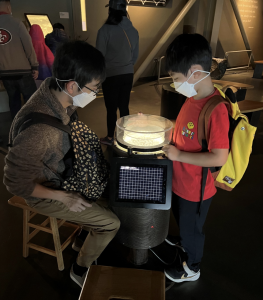 Recent photo of Kang Genyuan and his son

In July 1990 in China, a seven-year-old boy was going to live with his parents in the United States. He was afraid of the new environment he was about to encounter, but more than that he was happy to see his parents and live with them all the time.

After his fresh-filled summer in the U.S., he went to study at an American primary school. Since his English was not very good and there were few Chinese in that American primary school, the process of finding friends did not go particularly well, but it did not prevent him from communicating and interacting with his peers. By the time he reached the fourth or fifth grade, his English skills had improved greatly and he became more confident because his language skills were no longer an issue.

Time flies and the young boy returns to China for the first time when he is ten years old. He felt a little strange because the roads and buildings had changed when he returned to China, but he wasn’t as scared as he was when he first arrived in the United States. After that, he returned to China every year or two, and he met his current wife there.

Both the man and his wife had similar discomfort in living in the United States. They felt that the service industry in the U.S. was not good because there were not as many restaurants and stores as in China when his wife went to the beach, parks, and hiking, and the labor in the U.S. was very expensive. However, the medical care in the U.S. is in their opinion better than in China. In their exposure to things different from China again and again they are not only comparing, but also adapting and accepting different cultures and lifestyles. However, food is difficult for this man to integrate into the American food culture, and he has been eating mostly Chinese food since he first immigrated.

Now that this man has a child, so he becomes a father. His children don’t have the same cultural discomfort in American life that the man had when he was 7 years old. But I think the father will go back to being a 7 years old as the child grows and is exposed to more new things. He will worry about the safety and health of his children and want his family to be happy all the time.

The interview and write up were done by Ruxiao Zhang, a friend of the subject and a student at Foothill College in Los Altos Hills, California.