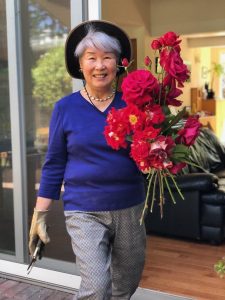 The air was getting unbearable. Twenty-five minutes in the bus’s 95℉, malodorous, and humid air was too much and I was starting to doubt whether or not I could stay conscious. I knew I’d make it though. Whether it was feeling like I was going to freeze to death, almost getting kicked off the bus for making a massive puddle of water from the rain, or barely being able to breathe due to the horrible summer air, I always knew I’d get through my daily commute to the bank just like I had every day for the past three years. I sprinted from the bus stop and into the back door of the bank, threw my school bag into my locker, and struggled as I tried to remove my school uniform and put on my oversized men’s bank teller uniform. I crouched and bolted behind the front desk, hoping my supervisor wouldn’t notice.

“You’re 3 minutes late!” a voiced bellowed behind me. I came to a grinding stop and spun around and bowed my head to my supervisor who was towering behind me.

“I’m so sorry Sir the bus was late and–” I hurriedly tried to apologize.

“I don’t want to hear about it,” he barked, starting to walk away “just get to work and stay an extra hour after your shift.”

“Okay!” I exclaimed with false enthusiasm and turned to join my coworkers. I knew I was going to miss dinner if I stayed but I couldn’t risk losing my job or no one back home would be getting any dinner. I put on my fake smile and prepared for the evening’s lewd comments and sexist remarks. I hated it. All the surprised looks from customers and hours of sitting aimlessly because people didn’t trust a woman to handle their money were just too much after a long day of school. The only thing that got me through the shift was daydreaming about moving to America.

I had heard all about it from my college friend’s letters talking about the endless opportunities. I could not believe how amazing it seemed when she was describing how her husband was making enough money to support the whole family and how they lived in their own house. I had originally started working at the bank so that I could save up some money and try to move to the Americas, but all the money ended going towards supporting my parents and my three younger brothers. I thought that I would only have to put the money towards my family for a couple of years while everyone recovered from the war, but it had been three years and I was starting to lose hope.

I watched the seconds tick by as the clock approached 10 pm, one hour after the end of my shift. As it struck, I shuffled back into the locker room, struggling to stay awake. I grabbed my school bag and stumbled out the back door. Walking home was the only option since I had missed my bus, so I started trudging down the broken sidewalk, stressing over the fact that my mom was going to yell at me for getting home two hours late. As I arrived at the end of the block and turned left towards the front of the bank, I saw a large shadow in the alley on the other side of the bank. My heart skipped three beats as I realized the shadow was rapidly moving towards me.

“Surprise!” my co-workers shouted as I shrieked and tripped, falling face first and getting the wind knocked out of me.

“Oh my god!” I managed to choke out, gasping for air, “What are you guys doing here? It’s so late…”

“We were waiting for you,” Jun exclaimed, reaching out to help me up, “we have something to give you.”

“Give me something?” I mumbled; I was completely dumbfounded. What could my five co-workers, who I rarely talked to, want to give to me? What was so important that they had to surprise me at this hour, I asked myself.

“Yeah, we want to give you a gift, from all of us.” Jun started. The rest of the guys shifted around with excitement. “You see, we’ve noticed you’ve always been looking at magazines about America and you were always talking about how you’ve been dreaming about living there.”

“Yeah?” I confirmed suspiciously, still clueless about what they were offering me.

“Well we heard you talking about how you been struggling to save enough money for a plane ticket,” Jun continued, “and we thought we could all maybe chip in a little bit and raise enough money for you to get a ticket.”

“No way,” my jaw dropped in disbelief, “you’re joking! You didn’t actually?”

“Yeah, we felt bad for the way you get treated at work and never receive tips so we decided to help you out a little bit” Jun smiled as he placed an envelope full of crinkled bills in my hands. I froze in disbelief. I never thought I would ever actually be able to go to the Americas. I had slowly been losing hope over the past 2 years as I realized that I’d always have to be spending the money to support myself and the family, but here it was, everything I had wanted just sitting in my hands.

“Thank you…” is all I managed to get out before they all turned and started walking away. The second they turned the corner I darted away, running harder than I had ever run towards home. Tears of joy were streaming down my face as I ran home to tell my mother. How would I break the news to her?

“Eommaaa!” I shouted, running up the steps to our apartment. It was the hardest and furthest I had ever run and even though my knees were starting to buckle, I was full of energy and excitement as I bounded up the last couple of steps and past our door.

“You’re late,” my mother whispered in a stern voice, “but what is it?”
“I was just leaving the bank for the day and my co-workers surprised me with a gift! They had all gotten together and chipped in money so that I could buy a plane ticket to America!” I replied, unable to control my excitement.

“Alright,” whispered my mother as her eyes shifted towards the skies, her voice started to crack, “there’s a lot you need to do before you leave us.”

My heart sank. There wasn’t the slightest hint of happiness or joy on her face, of gratefulness or surprise, just a heartbroken look of despair. I went to bed, knowing that talking to my mom when she had that face was always a bad idea. I decided I’d ask her what was wrong in the morning.

I spent all morning the next day asking why she had reacted that way and why she wasn’t excited at all but to no avail. She told me that I had to pass the Korean National Exam before I would be able to leave and that she didn’t want me to leave before she had found me a suitable husband who I was okay with. She had tried everything from matchmakers to psychics with no luck so I made a deal with her. If I could pass the exam before she could find me an acceptable husband then she would let me leave the country. After convincing her she had the easier end I ran over to the library, excited to study.

My legs were starting to cramp up as I walked into the crowded room full of desks. I had spent over 2 hours waiting in line to get into the exam room before they finally let me in. I collapsed into the small metal desk and they dropped a large packet of paper which said: “do not open until instructed to do so”. It felt like an eternity, waiting for other people to finish their tests, even if you were finished you weren’t allowed to get up or even look up from your desk. It must’ve been at least an hour of neck pains and uncomfortable re-adjusting to try to make my back feel better before they let us leave the testing room.

I walked home and fell asleep the second I got onto my bed. It had been two weeks of non-stop studying for the test but it felt like I had done pretty well and I thought I had gotten the 80% needed to pass the exam. I started dreaming about what I was going to do once in America.

Over the course of the next two weeks, my mother brought 4 different guys to try to get me to agree on a husband. None of them were anywhere near decent enough, she was clearly getting desperate and my score was supposed to arrive any day now. My mother was scolding me for being so indecisive when it came to husbands the day that the letter arrived. It was a nice envelope with a Republic of Korea seal on the front and my name and address written in big letters on the back. I hurriedly tore it open as I rushed back upstairs to my mom.

“I passed!” I shouted as I ran through the door. I ran into my mother, hugging her, on the verge of tears. I looked up to her and prayed that she would not have the same face that she did the first time I brought up going to America. She had a suppressed look of pride and joy on her face, after watching me study extremely hard for weeks she realized how much this mattered to me and how this was going to happen and it would be better for her to support me. I packed my bag and headed out to the airport. In one month I had gone from dreaming about going to America to actually being on a plane to the land of opportunity just because of the kindness of my coworkers who I didn’t even feel like I knew that well.

This story is based on an interview with Soo-Won Kim by her grandson, Lucas Finot, a student in Palo Alto, California. She grew up during the Korean war and this happened when Korea was still recovering from the war.