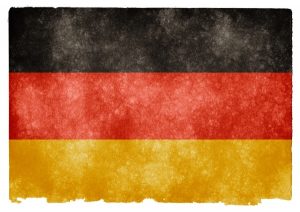 Bombs falling from the sky, the walls and ceiling of the bunker shudder and rain dust onto the cowering citizens that line the floor. My grandmother is one of these people, bundled in a mass of shawls and elbows of her mother. For privacy reasons, my grandmother will be known as Jane for this retelling. Jane, my grandmother on my mother’s side, is a German immigrant to America who moved with her family to New York in 1955. Her story is one of loss, gain, and an incredible journey made from one home to another.

Born in Schweinfurt Germany, 1941, in the midst of World War II, wartime activities encompassed most of Jane’s childhood. Since she was so very young when the war was occurring, it is mostly her mother’s memories and stories that she knows her early childhood by. Her family consisted of her father, who was in the military, and her mother who took care of her.

Her most vivid memories, her mother tells her, were those of when the Allied bombers came to bomb the Schweinfurt ball-bearing factories that were producing truck-loads of bearings for the German war effort. Those nights, when the siren blared for hours on end, her mother would wrap her in a bundle of blankets and rush her and a sack of their most precious belongings to the shelter. The dull thud of the bombs hitting the surface in the distance lulled her to sleep.

After the war, it was not until 1946 when her father was released from the prisoner of war camp. She remembers the day when she and her mother were at home when an unfamiliar man walked up to the front door and her mother exclaimed “It’s your Papa Jane! Look, look!”. This was one of her fondest memories of her childhood, as she had never seen her father except in pictures and heard all about him from her mother.

The decision to leave was made by Jane’s father in 1955 when my grandmother was 14 years old. She and her mother did not have much say in the matter, as the father made the choices for the rest of the family. Her father knew somebody in America that said that they could sponsor their arrival into America, and her father knew America had much more opportunity to offer than Germany did at the time. Even though Jane or her mother didn’t want to leave their hometown, her father’s word had priority.

The journey to America was crude and long. A giant ocean liner took them all the way from Germany to New York, a grand total of five days spent stuffed in the crowded lower decks of the ship. The whole time my grandmother was plagued by seasickness which didn’t bode well for her first impressions of America. But she stayed strong and made herself look forward to her arrival to this unknown land.

When they arrived in New York, the sheer size of Lower Manhattan was a complete shock to Jane, having grown up in a small town her whole life. Everyone had a thick accent which also surprised her because, in Germany, everybody had spoken with the same accent when speaking English. She got along fine, going to a private German school in Washington D.C. where they had a place to live, albeit a cheap apartment. Her father found work doing construction, and her mother cleaned houses.

This was around the time when Jane discovered her passion for photography. To gather extra funds for college, she sold photographs that she took with her mother’s old camera. After high school, Jane was able to attend Cornell college and became interested in general education. She actually ended up becoming a high school English teacher.

Through the education system, she met my grandfather and had three daughters, with one of them being my mother. As a family, they traveled around the country and even lived in France for a short period of time before finally settling in Palo Alto, California. Throughout this entire time, she continued to do photography in her free time.

Long since retired from teaching, Jane still occupies herself with photography and her family that provide her joy and entertainment. Looking back, she is immensely happy she made this transition and journey as she never would have met her loving husband, had my mother and been here to tell her story of the acquisition of a loving family and a home for many generations to come.

This story was written by Henry Jurney, the grandson of Jane and a student at Palo Alto High School.