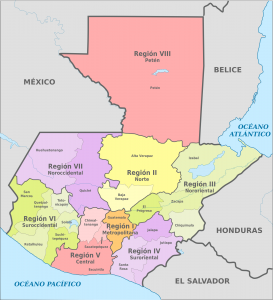 My friend, Carlos,(name changed) was born in Baja Verapaz Guatemala in 1995. He came here for “a better life”. What does that mean? That means he didn’t have opportunities for jobs in Guatemala. He couldn’t earn enough to buy a car or house. Also there were many problems like violence, extortions, bad education and most of all – a corrupt government.

Carlos has family and friends in the United States and they were the ones who helped him on his trip. The hardest thing when he left his country was when he left his parents and grandparents. He said “I felt terrible because my mom didn’t stop crying. She would not let go and every time she hugged me stronger and my father did too”.

His journey was 1 month and 5 days from Guatemala to the U.S and he traveled with his friends and a coyote by cars and walking. The scariest part of his journey was when a group of Guatemalan narcos stopped the car and they asked for money. The narcos said if they did not give the money they were going to kill them. The coyote gave the money and they let go them.

When he was in Mexico he saw many beautiful places, but often at night, he heard gunshots. He arrived in California on December 6 of 2016 when he was 20 years old. He feels sad because he misses his family but happy because he is able send money to them. He came to California because his brother and uncle were established in this state and they could give him help to start a new life in this country.

His first job was painting houses with his uncle and now he works for a construction company. Before returning to his country he wants to make some money and build a house in Guatemala next to his parents, and buy a motorcycle. He is almost finished building his house. He is following that plan!

The most interesting thing about this country for him is all the places there are to visit with friends and family to spend a fun time. He says this country is amazing! Coming her was a great decision because he is helping his parents and grandparents and they are living very well. Carlos is a great son and grandson.
He and they are HAPPY!!!