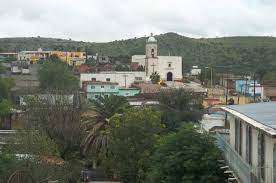 Coneto de Comonfort, México where José grew up as a child.

We saw cars stopping outside. We heard footsteps coming to the door.

“Someones outside” I said

“Es la migra!” we all yelled

I was too late and the border patrol had got me.

I, José Sonora(name changed), was born on March 8, 1979 in Coneto de Comonfort. I grew up in a pueblo, a town in the middle of mountains, south of Texas called Coneto. As a child I had to balance out going to school in “Capitan Francisco de Ibarra” and working. I would wake up in the morning to the sound of the animals outside. We had chickens, pigs, goats, donkeys, horses and cows. I’d say goodbye to my parents and walk to school before the golden warm sun came out. I would round up the goats and take food out to them. I could smell the hay and taste the dust in my mouth. After taking care of the livestock I would go inside the house to eat morisqueta (rice and beans) that my mom had made. It smelled delicious, the warm beans and rice I would eat, with handmade tortillas. After a long day of work I would play with my friends on the ranch and run, jump and laugh with them. Overall, my childhood was hard for me because I had to work with my dad to take care of the rancho (ranch) and take care of the livestock as well as go to school.

Once, we were planting corn and beans and my dad told me “mijo ven a traer el burro.” Come bring the donkey. He told me this because we were going to go home on it. I said “orita voy.” I’ll go right now. I went to go get him but he didn’t have the saddle. I still got on him and then suddenly a rattlesnake got between the legs of the donkey causing the donkey to jump and run. I fell off of him and broke my left arm in three pieces.

In our town there were mines to extract silver and gold. Our town had good years which was when the mines were open, but when they closed due to the gold and silver running out, the town became poor and people lost their jobs. It was hard to find a good job in those times. When I was six, I experienced the 1985 Earthquake in México city. This also added on to worsening the Mexican economy because of the displacement of people. There were even more people without jobs and homes who had lost them in the earthquake. When I heard that the U.S was a good place to work in and live in, I wanted to immigrate there. I wanted to immigrate to the U.S  to work and get money to be able to help my familia, my family economically.

I knew I had to leave México because there wasn’t enough work to get a sustainable amount of money. Ever since the mines were closed, jobs were scarce. I also needed to provide for my family and help them out. When I first left, I was 17 years old.  When I first left I felt sad that I left my family and my home. My parents were especially sad because I had never been away from them. I was also frightened that I wouldn’t be with my parents anymore. I wanted to bring my pet dog firulais with me to the U.S but I knew I couldn’t.

One day my cousin Sergio who lived in California came back to Coneto with a very nice truck. I said “que troca tan chida.” Thats a nice truck. He told me “vamonos primo para el norte para que te compres una camioneta como la mía.” Let’s go cousin up north so you can get a truck like mine. After considering it and talking to my parents we decided it was a good opportunity to go. I took a bus for 12 hours to the border with a cousin and three friends. When we got to the border there were many people offering to cross us over. We had to choose the coyote, a person who crosses people over the border into the U.S, to cross us over who we thought was the best. He told us “ven a mi casa y a las cinco de la mañana vamos a cruzar por el túnel al otro lado”, come to my house and at 5 in the morning we’ll cross the border through an underground tunnel. So we crossed at 5am and a truck picked us up at a McDonalds. They brought us to a house and minutes later, the migra, border patrol, came and took us all to jail. After a few hours they deported us back to México.

Three days later I attempted to cross again. The second time I crossed it was harder. I went with 20-25 people, one of them was my cousin and three of them were friends of mine. I had to walk 8 hours in the desert to get to a river. It was extremely hot and I felt like I was walking through hell because the sun was scorching. All I wanted to do is go home. All I thought was ya me quiero ir hace demasiado calor, I want to go home its way too hot. After arriving at the rio, I walked next to it for 2 hours. When we were walking near the river, it was nighttime and we couldn’t see because it was pitch black. People would stumble into each other and get hit with branches. A lot of them would slip off the rocks and fall into the freezing cold river. Some of the people would get lost because they would fall behind. I was scared of being lost and never finding a way back. Por favor diosito que no me pase nada, please god don’t let anything happen to me. Then the other people trying to immigrate and I, waited for the coyote to cross us over. While I was crossing the border it was very scary because there were helicopters in the air and we were paranoid that they would see us and make us go back. You could hear their sharp blades spinning in the air and the skurring of feet from all the immigrants.

The first day in the U.S., I arrived at Mountain View, California. It was hard for me because I didn’t know any English and I had to live in a cramped apartment with a lot of people who had also immigrated from México. As soon as I arrived, my immediate thought was nomas estaré aquí por 3 años para ayudar mi familia luego volveré. I’ll stay here for 3 years only, enough to be able to help my family and then I’ll return.. One of the hardest things I experienced while I was there was when my parents passed away in México. I was heart broken that I couldn’t attend their funeral in México. It felt so unfair to me that I couldn’t leave. I felt as if my life had gone through a storm.

I found the laws in this country surprising, because they were more strict and the drinking age was different as well as driving laws. I didn’t know that you needed to be 21 to be able to drink. At work I noticed that the boss payed more money to los gueros, the white people, than us. I was confused and mad that us immigrants were doing the same amount of work but were being paid less.

My first job in America was also hard for me because I normally worked outside in the ranch but at my job I had to wash dishes which I had never done before. In the place where I lived, there were many pandillas, gangs, as well as gang activity. Although it was hard adjusting, my cousins who also came from México helped me adjust to all the new laws and the new places. I also took night classes after work to learn English. I started adjusting to everything but I still missed my family and my parents. I was incredibly homesick.

I am proud of immigrating here to America and I feel that I have made a good decision here and can’t imagine living somewhere else. I feel that my life is good at the moment because I have a good job, a family, and a house. My dreams and aspirations is to buy another house and for my children to keep on expanding their education and for them to go to college. I am proud of myself that I have made a life here in the U.S. even though I was undocumented.

This story is based on an interview by a student at Eastside College Prep.