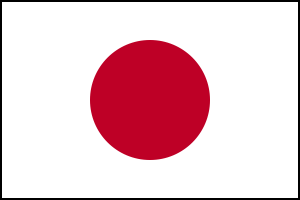 This short story is based on the real life of Emi Koga, who came to the United States in 1988 for an education.

I exited from gate 23 to walk upon what seemed to be a flawless reflection. It was transparent, but it had a fluent motion. Was it a waterfall? I never seen anything like this back at home. In short I could not tell. What I saw glaring back at me was a short, stout woman. This woman glowed a vibrant orange, her skin was sun kissed and her body gracefully slimmed. It was me! This prestigious attire could only be worn by the one and only Emi Koga. Okay, I thought as people rushed past me. Where is the baggage claim? This place is so huge. My sister was not wrong about San Francisco.

My parents raised me in the bustling city of Tokyo and enrolled me in a American school. I knew English, although my face said otherwise. Given my previous Americanized education, my parents thought that it would not be a problem for me to transition into the United States. Their teachings instructed only for the best. No failure. No disappointment. No foul grimace could grow upon my parents face. No room for error.

My two older sisters came to the United States long before me for universities and education. My parents thought there was not enough potential for opportunity if they had gone to school in Japan. I was going to study at the University of San Francisco, but I shivered at the thought of it. Pure vast emptiness will fill the days I would spend. I had no friends. No family nearby. No one to go to if I needed help. The air was crisp and sharp against my skin even though I was indoors. This environment was foreign, unfamiliar, unforgiving.

Once I managed to wander through the labyrinths of San Francisco International airport to find my luggage, I went exploring for a cab. A reckless force blew me back once the doors opened to the outdoors. It shoved my hair out of proportion and forced me to stop, drop my luggage, and redo my hair until it was neat, formal and presentable. It’s only August and it is this cold? I clenched my shoulders tight. Once I found a cab that would take me, he had a harsh looking face and he did not reciprocate the respect I gave to him. My lord, I thought. Is all of San Francisco like this? Rude? Disrespectful?

“Where ya goin’ today miss?” he quickly muttered.

“I would like to go to USF please,” the taste of english was still unfamiliar.

We passed all different parts of the city when we headed towards the university. I saw people of all colors: white, black, asian, latino, pacific islanders. Spices of salt and pepper rose into the atmosphere with other luxurious scents. The streets flooded with an aroma of all these different people– but no one minded. Diversity was prevalent. It made me feel safe. I hoped this meant no one would bother and stare at me like I was an alien from another planet. Maybe USF was like this. A school with welcoming palms out to grab the new students and hold them tight so they always feel the warmth and safety of the campus. I would not stand out for that diversity was in heart of the city. Were my parents right?

However, being ignored also made San Francisco harsh and unforgiving. Time passed and school has started but I was not able to see my family at all as the semester nearly came to an end. My classmates never acknowledge others so I was left all alone, unable to socialize with new people, to make everlasting bonds. I often wondered, was this the right decision? Fall was turning to winter, and the piercing winds were turning more and more ferocious. I have not heard my mother’s soothing tone nor felt my fathers dry skin in what seem like ages, milenna. I missed the steaming moist familiar pastries fresh from the oven. I regret leaving the busty subway where everyone was polite, minding their own business as there own their way to work. Urging pride was still pulsing in my blood for my home country– Japan– but it felt so distant. Was it a mistake to come to the US? What would my family think?  Time after time I tried to talk to new people, but it was as if I was to take a leap of faith across a pit that had no bottom.  What can I say to them?, the thoughts pondered in head, what happens if they just think I’m weird? Oh no, that would make it even worse. It was a never ending wheel that kept on rolling and rolling, one thought on top of the other until I could not take it anymore.

Once during freetime, I approached a friendly face from class in the library to branch out and create a new friend.

She was dead as a rock, unresponsive as her head was buried in books. What should I do? It would be rude of me to just sit without permission. My heart pumping was the only sound ringing in my skull, not knowing to do. After what seemed like an eternity of time being frozen, the friendly face snapped up and bore a disgusted reaction. I was not someone she recognized. Instead I was just another stranger, standing helplessly 5 feet away. I was naked, out in the open for everyone to see and embarrassed down to the bone. I sharply turned around and skidded out as soon as I could. I was alone.

One gray evening, I rested, snuggled up under the covers of the bed. It was dead silent and the wind was still howling against the window. There was no friendliness here. No one bothered to say hi. No one bothers to ask for help, directions, or even a favor. Contemplating continuing my stay kept on reoccurring. Am I to leave and disappoint my family and come back with empty hands? Or am I to stay, persevere, and complete my education bringing pride to my family? Shivers continued to run up and down the spine of my back. No, I must stay. I just cannot just give not on my family. On my country. It’s a shame to become a failure.

Suddenly, I shot up stiffly and seized my warmer clothing. It was my goal to finish my duty here, regardless of harsh conditions. There was no need for friends. No need for error or sadness. Next thing I know I forgot the pain. Forgot the cold, harsh environment. Independence was key. There is no need to focus on others while you can improve yourself.

Now I realized I was blending into society. I was becoming a part of San Francisco, a part of diversity.

This story is based on an interview by Sebastian Lerrick, a student at Palo Alto High School.