With my ripped blue jeans, and a white shirt, I touched my belly knowing that I was pregnant. At that moment I knew I had to leave Mexico for my child. I kept on saying in my head, “lo tengo que hacer por mi hijo” I have to do it for my son.

Born in 1981, I grew up in Villa Morelos, Michoacan. There, people were free and you could do whatever you wanted, except there was a lot of poverty and poorness. People were really poor and they did not even have the money to buy food. The government was so corrupted and they caused even more trouble. The government only paid the rich people and did not pay the poor people. The day I realized my family was poor was when I was little. I wanted just one doll that had a red dress but my parents never bought it for me because they could not afford it. 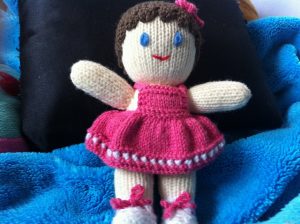 One day I started to pack up my stuff, grabbing 3 gallons of water and a blanket to leave Mexico because my husband and me were going to cross the border. My husband and I wanted to leave Mexico to go to the United States so that my child would be born there, have a better life, and a good education. In my hometown in Mexico it was hard to find a good paying job.

I was 21 years old when we left. I had so many thoughts going through my head. Before I left I was scared because I heard many horrible things about crossing the border. Many people die trying to cross the border. I was also scared to cross because I was pregnant.

When I was crossing the border, I first remember walking through the desert and seeing skulls in the sand and also seeing bones of people. Then I saw clothes in the sand and shoes. It smelled horrible because of all the dead bodies. In my head I kept saying “tengo que continuar caminando,” I have to continue walking. We crossed the border in less than a week because we were moving quickly. Everyday we would sleep in the sand but had a blanket under us. The only thing we would eat is bread and water. There was one time I saw a snake. It was red and black but is was tiny. During this time I was really nauseous because I was pregnant.

After passing the desert and crossing the border, I felt relieved. A big old truck came to pick my husband and me (and the other 4 people up). The guy in the truck asked the coyote “acabas de cruzar la frontera?” Have you just crossed the border? The coyote said “sí ya vámonos¨ Yes let’s go. I was finally able to relax without being scared. The truck took us to a shelter home for a day, where we took a shower because we were all dirty. It was beautiful in the U.S with all the trees and flowers. The shelter was clean with 2 bathrooms and a big table, where we were fed beans and rice. It was located in a village. After we slept and got some rest, I was taken to the San Francisco Bay Area to see someone really quick but then left for the town where my husband’s sister lived. She let us stay at her house for a little while until we can decide where we would stay.

Today my life is great. I am happy because I have my 3 children, that I love so much. We do not need anything. I do not have to ask for anything else in life. My current job is cooking at a restaurant. I like my job because I am really good at it. The thing I miss most from home is my parents. I miss them a lot. My advice would be to never give up even in the toughest situations, you will succeed.

This story was written after an interview by Made Into America. The subject needs to stay anonymous.