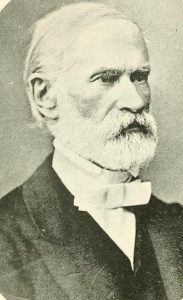 William Gottlieb Schauffler’s journey to the U.S. was a long one. Born in 1798 in Stuttgart, in the Kingdom of Wurttemberg, in the southeastern corner of what is now Germany. He wrote that “My parents were not at all wealthy and when, in consequence of the constant wars which had shaken Europe ever since the great French Revolution in 1789, it became daily more difficult for my father to support his family at home, he resolved to move to Russia.” The Czar was eager to colonize the area around the Black Sea, and provided financial incentives for the entire village of almost 400 people, who moved to a section of Odessa set aside for Germans. William’s father became the mayor, and made a living as a cabinetmaker and musical instrument maker.

Despite receiving little formal schooling, William learned Russian, French, and Italian., and studied Latin, Greek and English as well. He experienced a religious conversion to Christianity under the tutelage of an exiled German priest and, thus inspired, moved in 1826 to Constantinople (now Istanbul) and later Greece to convert Muslims and Jews to Christianity.

William decided to go to the United States to study theology, and after paying for his passage aboard an American brig, he arrived in Boston virtually penniless. For five years he supported himself as a cabinetmaker and flute player while he studied at Andover Theological Seminary. There he continued to study Greek and Hebrew while teaching himself Arabic, Persian (Farsi), Turkish, and Syriac, among other languages of the Middle East. At the end of this time William became an American citizen. Having completed his studies, he was sent back to Constantinople and thence to Greece to do missionary work. It was there he met Mary Reynolds, who hailed from Massachusetts, whom he married in 1834 in a ceremony led by Commodore Porter, the U.S. ambassador to Turkey. He loved to tell the story that the ceremony was delayed because while waiting for his bride he became engrossed in giving a Hebrew lesson to one of the guests and could not be found. 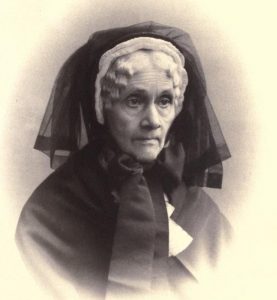 For about 50 years William and Mary carried on their missionary work in the Middle East, Balkans, and ultimately in Austria. In 1881 they returned to the U.S. and were reunited with their sons, who had been born abroad but returned to the U.S. to attend Williams College in Massachusetts. Their final religious mission took place in Cleveland among the Catholic immigrants from what was then known as the Kingdom of Bohemia (now the Czech Republic), resulting in the founding of the Schauffler Missionary Training School.

William and Mary’s experience as immigrants and their knowledge, respect and appreciation for the many peoples and cultures they encountered in their work was reflected in a poem written by their youngest son, Robert Haven Schauffler, titled “Scum o’ the Earth,” published in 1912. In this poem he reflects on the insults heaped upon immigrants despite their many contributions to our common culture. The poem ends on an acknowledgement of this mistreatment and a call for unity:

Mercy for us blasphemers,

For that we spat on these marvelous folk,

Nations of darers and dreamers,

Scions of singers and seers,

Our peers, and more than our peers.

“Rabble and refuse we name them

And “scum o the earth” to shame them.

Mercy for us of the few, young years,

Of the culture so callow and crude,

Of the hands so grasping and rude,

The lips so ready for sneers

At the sons of our ancient more-than-peers.

Mercy for us who dare despise

Men in whose loins our Homer lies;

Mothers of men who shall bring to us

The glory of Titian, the grandeur of Huss;

Children in whose frail arms shall rest

Prophets and singers and saints of the West.

Newcomers all from the eastern seas,

Forget, and forgive, that we did you wrong.

Help us to father a nation, strong.

In the comradeship of an equal birth,

In the wealth of the richest bloods of earth.

This narrative was written by Richard Schauffler, the great-great grandson of William and Mary. Schauffler lives in Williamsburg, Virginia. Previously he was  research director for the California Judicial Council and then for the National Center for State Courts. He is currently a self-employed consultant and volunteers at Literacy for Life helping recent immigrants become more proficient in English.