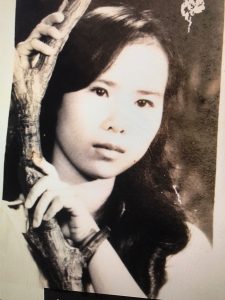 The sounds of gunfire, cannons, and people in your town screaming are signs that your life is going to change. My mother is from Vietnam and had her life change because of war. She is now living happily here in America. This is Hai Phan’s life story.

My mom was born in South Vietnam in 1974. “The life back then was great,” my mom said. Hai was born the oldest of eight kids. As a child she played hide-and-seek, hop scotch, store, and regular games that kids play in America. “Life was very good, but I don’t remember much because I was five,” Hai said. After North Vietnam took over the South, life became terrible. My mother had to work at the age of eight in a convenience store to help her family. She went to school for half a day, then worked the rest of the day. The food was limited selling no meat, only rice and vegetables.

On top of that, the North Vietnamese police wouldn’t treat the residents kindly. The police wouldn’t let the southern people go to good colleges or have a good education. My mom said, “I couldn’t go to teaching school because my father was a southern government worker. Even though I got better grades than my friend, my friend got in to the teaching college and I didn’t.” Then the U.S. came in and helped my mom and many other families.

The U.S. came to Vietnam with the idea to help people get away from the terrible life being imposed upon them. They gave my mom’s family the choice to leave Vietnam, so they took it. My mom boarded an airplane that was bound for Houston in 1991. When Hai first looked outside the windows of the plane, she said that she was in awe of how many cars were there. When they landed, Hai saw that everything was enormous compared to Vietnam. They were greeted with a welcoming sponsor family who helped them in the first months.
The first thing Hai wanted to do was learn English as a second language. After six months of learning the language, she had her first opportunity to test her English. She worked for a sewing company then at a burger joint. She worked so well that they gave her a promotion to customer service. That’s where she said she learned how to communicate properly with people.

Hai went to a community college when she worked her next job at the supermarket. After community college she transferred all her credits to the University of Houston. At that college she struggled through all the classes that required reading. She completely aced the science and math courses. During the same time that this was happening, she was working for the bank. Once the family of ten saved enough money, they bought two beat-up apartments that were connected to each other. Her mom and dad had to fix the apartment bedrooms, AC, the heater, and more.

The family of ten stayed in the apartments for the next five years saving money. They never went out to eat, no vacations, just working and eating at home. They even went to the extent of not using the AC, heater, and washing their clothes by hand to save an extra penny. After five years all the hard work paid off, and the family bought a convenience store. After three months of working at the store, the family made a down payment on a new house. Things were now a lot better for the family of ten.

Now that the family is living better, the younger kids graduated from college and the older kids have good paying jobs. Hai took nine years to get her college degree, but she said it was worth the time. She married a man named Andrew Ho and they had three kids. They moved to a small town named Nacogdoches, TX. There, Andrew is the owner of two chicken farms and he raises cattle. Hai says she accomplished her dream (that was finishing college) and now is very happy. She now is an accountant for both of the farms and is a stay-at-home mom.

My mom also dedicates her time to her kids’ extra-curricular activities such as sports, tutoring, teaching the kids math, and making sure the kids receive a good education so they don’t have to struggle like she did. In the future she wants to spend a lot of time with her kids, nephews, nieces, and hopefully future grandkids. Until then she is enjoying what life gives her.

Hai Phan had a hard life full of up and downs. She struggled with the North Vietnamese having affected her life in South Vietnam. Then, the language barrier in America was a challenge, and she had to study harder for school. She learned to live with little sleep throughout her life because right after school it was straight to work at the bank then the convenience store. All this paid off and now she and the family are living comfortably. I’m very proud and happy to be able to call Hai Phan my mom.