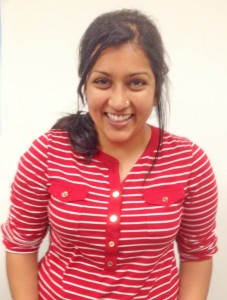 In 2000, Tasmia Hussain came to the US from Pakistan as a 21 year old with her mother who had set up a medical transcriptions practice with a local software company. Her mother later worked for the Department of Homeland security as a Security and Cloud Architect and now runs an IT company, Sure Secure Solutions which provides Security and Cloud Services to the federal government, including NASA, DOD and DHS.

Tasmia had already completed her Bachelor’s in Fine Arts from National College of Arts in Lahore, Pakistan.  Initially they lived in Washington DC where her mother worked. It felt somewhat isolating there after their big move from Pakistan. Tasmia moved to San Francisco a year later to get a Post-Baccalaureate in Fine Arts at the SF Art Institute. She met her husband in the Bay Area. He is also originally from Pakistan. Her husband, Mohsin, completed his Bachelor’s in Computer Sciences from Berkeley and is currently working as the Chief Technology Officer for a start-up company called Eco Factor. Tasmia and Mohsin got married in 2003 and are raising their two girls.

She had decided to be an artist way back, as a fifth grader in Pakistan. Presently, she is the Family Programs and Outreach Coordinator for the Palo Alto Art Center, as well as an art teacher at Escondido and Palo Verde elementary schools in Palo Alto.