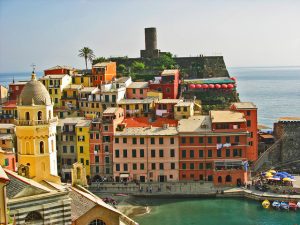 The year was 1979 when Mario was living in Italy where he had a beautiful small house on a small street in a small town. Everything was small and well taken care of. Mario is a short man with green eyes. He was previously a worker in a nightclub and was now working in a Italian restaurant. A man came to the restaurant every night and asked for Mario to be his waiter. The man referred Mario’s name to an owner of a restaurant in the USA. Months had gone by and then one day Mario had gotten a letter from the owner of the restaurant who offered Mario a job.

The reason why Mario decided to leave to the United States was because he wanted to learn the language and also have more opportunities. On the day that Mario left to the USA he was very excited to go in live in a new country where everything was big and where he thought everything was nice and beautiful. But Mario was also sad to leave his family and friends.

Mario left his home town moved to England for about 16 months then took a plane across the ocean to San Francisco. When he arrived in the US he was shocked and was not impressed.
In Italy, the taxis were well taken care of and the drivers were dressed up in suits. In the US he was scared to get into the taxis because the guys driving had beards were dressed in raggedy clothes and the cars were not well maintained. He saw a nearby policeman and said that he needed a taxi, the policeman looked at him and said there all right in front of you, Mario answered with “are they safe to be in?” and the policeman said “yes.”

Mario misses Italy as all of his family lives there aside from his wife and kids, but he says America is the best place for him. He also has the chance to visit italy once a year to visit his family and friends he left. Mario says America is full of opportunities in life, he is able to meet people from all different backgrounds. Mario has the chance to move back to his hometown but chooses to stay. Mario worked for the Redwood City school district and also works for a couple of golf places around the Peninsula.

This story was written by Keith Hatfield after interviewing his neighbor, Mario. Keith is a 9th grade student in Redwood City.