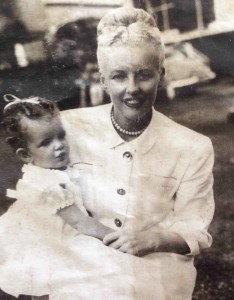 A day came when an informant betrayed their subterfuge to Nazi soldiers and the family had to run to the foothills and take refuge in a cave for weeks or months.

Giovanna Belforti lived on an affluent estate in Piacenza, Italy near Milan. In one of life’s ironies, Giovanna’s father designed weapons that were used by the Italian army in World War II, and he also hid Jews in his basement. He was an Italian patriot, but not an anti-Semite. A day came when an informant betrayed their subterfuge to Nazi soldiers and the family had to run to the foothills and take refuge in a cave for weeks or months.

Giovanna was a beautiful young woman with bleached blonde hair (think Marilyn Monroe) who caught the eye of many American soldiers in the aftermath of the war. One gave her a box of hard-to-come-by chocolates and won her heart. She ran away with him and they married in Thailand (Siam then). They moved to the Philippines where her new husband, Gerald John Barry continued in the US military gathering intelligence. Their daughter, Marika was born there in 1947 and soon after they moved to the US.

Gerald returned to civilian life – working as an economist in Washington DC – while the multi-lingual and beautiful Giovanna got a job as secretary to the Italian ambassador. She acquired a Masters degree in French literature and painted as time allowed.

Marika remembers a house full of French and Italian music, many parties with women in cocktail dresses sitting on expensive satin couches that her parents kept covered when guests weren’t present. Her mother worked throughout the 50’s when women often stayed home with the kids, so Marika and her brother had a live-in nanny and went to summer camps.

Marika was a tomboy, often playing in the woods that existed then in suburban Silver Springs, MD. She attended University of Connecticut and became a critical care nurse with a specialty in counter terrorism emergency response. She’s also worked in hospice care. 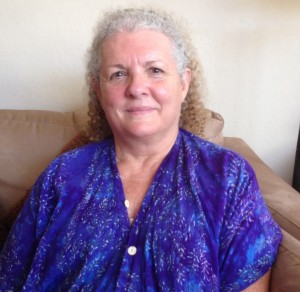 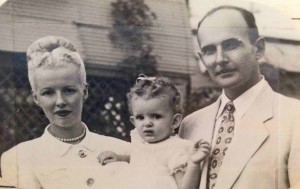 This story was shared by Marika O’Baire-Kark who was interviewed by Elliot Margolies.  Marika lives in San Mateo, CA.