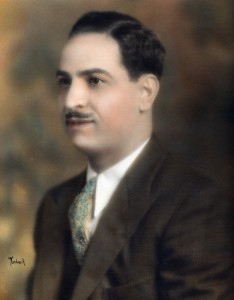 as read by Gelsimino’s granddaughter, Marilynn Holland, a resident of Palo Alto.

My grandfather was born in Verbicaro, a small Southern Italian inland town in  Calabria, Italy. His passport says that he was born in 1892.     His family was quite poor working in the fields.   His mother collected spare coins in a handkerchief over the door sill until she had gathered enough to send her 17 year old son on horseback alone to the New World.  She wanted him to have a better life. He took a steamer to New York and entered the country at Ellis Island.  He spoke no English and had to find his way across the country by train to San Francisco, where there were some Italians in North Beach.  He arrived with a dime in his pocket.  He did not ever return to Italy, so did not see his mother again.My grandfather never did learn to read or write, but was able to make a good life for he and his family.  He was a bootblack in the financial district in San Francisco. He started out working for another Italian, but being hard working and competitive he soon had his own Shoe Shine Stand.   He shined shoes for 10 cents.  It seems he was quite good with numbers and would take the horse racing bets for his customers.   He was also a man that liked to play cards.  The poorer people that worked in San Francisco at that time lived in Marin, taking a ferry over for five cents to work.  My grandfather was later able to buy a house in North Beach.

He met and married my grandmother, also from Verbicaro, though they met here in San Francisco, in 1912.     They had four children.  My grandfather became a US citizen in 1950.

When I was 24 I went to Verbicaro to see my grandparents roots.  My grandmother cried when I left, not wanting me to see how poor they had been.   I was enchanted by this town, no cars, pigs herded in the streets, women with bundles of wood on their heads.  When I told them in my college Italian who I was, they took me immediately to my Great Aunt.   She was dressed in the traditional Italian costume, I was kissed and fed and taken around to meet all of the relatives, each of whom insisted I have something to eat.   Pasta was boiled in the fireplace, wash done in troughs in the village.

I saw many of the places my grandfather had told me stories about and saw relatives using many of the gestures that were so familiar to me with my grandfather.  It gave me such a feeling of my origins.  People in the town remembered my grandfather by his nickname, loosely translated as Bird, for his love of song.     Many of those homes that I visited are now gone.  I feel like I was one of the last to see where my family came from. When I left the town, my family gathered, sending me off with homemade wine, lots of hugs and kisses and a basket of food for the train.  My grandfather was legendary in our family for his love of feeding all that entered his home, lessons learned long ago.It wasn’t until I had a son of my own that I truly appreciated the sacrifice and love that my Great grandmother showed by sending her oldest son off to make his life in America.  He was a brave adventurer, had a big heart and loved San Francisco. 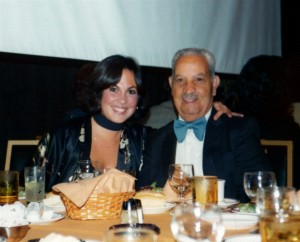