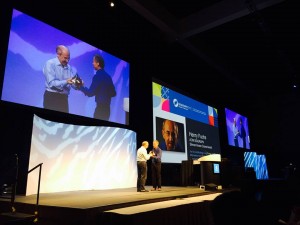 Recently, my brother Henry Fuchs received a prestigious professional award* and I had the pleasure of attending the ceremony. As I watched him being honored and celebrated by colleagues and students from around the world, I couldn’t help but think, he and I are members of a generation that wasn’t supposed to have been born. How many millions who were murdered could have made contributions to society as well?

Our parents were among the few from the countryside of Hungary who survived the Holocaust. Was it due to luck? Fate? Fortitude? Probably pure luck. Mom survived the brutality of Auschwitz and other concentration camps, and Dad survived five years in the forced labor battalions in the Ukraine where 80% of the Jewish men didn’t make it. 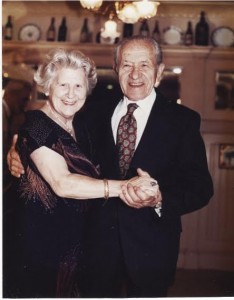 Their families in the small town of Tokaj had known each other before the war. After liberation in 1945 and the passing of my mother’s five-year commitment to wait for her fiancé who didn’t come back, my parents married in 1946. My brother and I were soon born, surprisingly healthy despite the severe malnutrition our parents endured. In
fact, Mom at 27 years old had to have her few remaining teeth pulled and began wearing a complete set of dentures.

We had a happy childhood and our parents rebuilt their lives amidst the remnants of their devastated Jewish community. Communism soon took away our dad’s grocery store, giving him only 20% of the inventory. The Hungarian Revolution of 1956 erupted, and was quickly shut down by the Russians. Some Jews were murdered in a nearby town. Our uncle was on a hit list. It became increasingly dangerous to live there.

A few weeks later, I’m walking for hours in the dead of winter and middle of the night in trenches of slushy snow, escaping the border to Austria with my family and a young girl my parents agreed to take with us on behalf of a family foiled in their escape due to illness. Complete silence we were sworn to lest we be discovered and captured and thrown in jail or shot.

Months of refugee camps in Austria and Germany followed, then 10 days of wretched
seasickness across the stormy seas on the rickety U.S. General Walker coming to America. Finally, the Statue of Liberty appears and everyone drops to their knees and bursts out singing the Hungarian national anthem (probably the only song they had in common, my brother later noted). Family greets us with endless tears of joy. Mom and her two sisters, who likewise survived Auschwitz and escaped with us, are once again seeing their two older sisters who came to America in 1937. We’re taken to Camp Kilmer in New Jersey for processing.

But why suddenly are men beating up people? Hadn’t we all finally arrived safely in the New World we all risked our lives for? They were former Hungarian Nazis, I later learned from someone who was working there, still beating up Jews ten years after the war ended, here in the land of the free.

My parents began working instantly. The day after we left the transit camp and stayed with our sponsoring relatives, my father pounded the pavement of Linden, New Jersey streets with a dictionary, memorizing and endlessly repeating “looking for a job, looking for a job.” A few days of work here and there, and he was at last taken in by a kind soul in a screen making business who spoke Yiddish and taught my father what was to be his trade for the rest
of his life.

My mother, a trained seamstress with her own salon in Hungary, began doing alterations and designing wedding dresses and lavish gowns for women with means. I loved playing with the scraps of gorgeous material. Later she would return to school for her teaching credential (I wrote her college papers in junior high), and she taught dress design and tailoring for over twenty years at a California community college and senior centers. 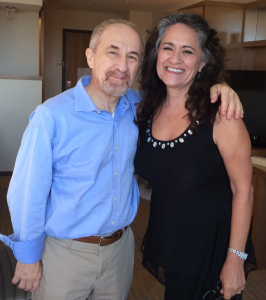 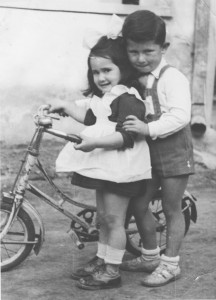 My brother and I started school and quickly picked up English, but not before I received F’s on every second grade vowel worksheet. The teacher didn’t seem to question whether I might be pronouncing English with an Hungarian accent which actually helped me ace the spelling bees since Hungarian is completely phonetic. We soon excelled, continued with our music lessons, Henry the violin, I the piano, and we performed together in Hungarian costumes as cute, talented, newly American children. We went to college, graduate schools, became accomplished in multiple careers, had children who themselves became accomplished and kind people with generosity of spirit.
My brother won the apparently well-deserved award. Twitter and Facebook erupted with accolades and funny Henry stories (everyone has one). “One of the most inspirational people I’ve ever met,” “a brilliant man,” “gave me the most useful advice I’ve ever received.” Yes, I was proud of him and happy to be introduced jokingly as his favorite (and only) sibling. But a measure of sadness enveloped me as well. Our father had three older siblings, all with
children, all who remained in Auschwitz. What could they have contributed to the world had they been given a chance to live?

* At SIGGRAPH 2015 Henry Fuchs received the Steven Anson Coons Award for Outstanding Creative
Contributions to Computer Graphics for his contributions in augmented and virtual reality, telepresence and graphics hardware, and his lifetime of contributions in leading and educating the leaders in the field of computer graphics.

This copyright account was shared by Marta Fuchs, MLS, MFT, a Professional Speaker, Psychotherapist, and author of Legacy of Rescue: A Daughter’s Tribute. Her website is www.MartaFuchs.com.