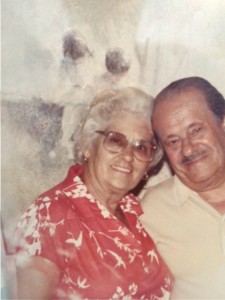 It was the year 1920 and the 8-year-old Aly Solly ran up to the deck of the ship. She saw the huge magnificent, glowing, Statue of Liberty she was taken back in amazement. Never seeing something so huge and beautiful she looked over to her family and started to cry with joy and hope and pure happiness.

She lived in an Italian city called Marlia in the province of Tuscany. She lived in a small home with a vegetable garden and chickens. Her mom was a dressmaker so she made clothes for the whole family. They grew their own vegetables. They only spent money on their home and meat and other needs they took care of themselves. They had food and each other. What else could she want?

Her dad left the family to go to America when she was 2 and became very successful. Then, when she turned 7, her grandfather left too. They both left because of the ruler Mussolini.
Many different people didn’t agree with his political stands and that’s why her dad and grandfather left the country to go to America. When her father became successful he got the rest of the family tickets to join him. He wanted the family to be together once again.

They got on a ship and went to America. It took 3 months. There was no clean water so they were dirty and sick. The whole family was seasick all 3 months except for her; she was fine. She loved it on the ship she spent time with her family and watched the waves.

Before they landed on Ellis Island, New York they saw the Statue of Liberty. They cried never seeing something so beautiful. Because her aunt was turning 12 there was a requirement she pay for an adult passenger fee but they didn’t have the money. So they were stuck there for 1 week because nobody spoke Italian (the translator was on vacation). They said it was like a prison. There were lines of people so far it would take hours to get signed in. The guards had the power to tell you to leave and you must go back to your country. They don’t need a reason. The doctors were not different than the guards. When they left the cell to call home, Aly Solly’s father was able to wire them the money to go and meet him. They boarded a train to San Francisco, where they ended up living.

On the train trip everyone one else was fine but Aly Solly got sick. She wanted to see everything. She was curious and happy to be in San Francisco. She missed their old home but she still had her family and they made her happy. She didn’t bring much. She had 2 walnuts she got from Christmas and 3 clay tea pots and cups and saucers. They didn’t have much – only the clothes on their back and a small amount of money.

Aly Solly’s first job was a seamstress. She learned from the family and soon was a prized worker. She wanted to start a family more than life itself and she eventually had 2 daughters. She grew up to be a loving and caring mom and grandma and great grandma our family will never forget. She loved dogs and loved everyone she met. We will miss her and her caring ways.