Andreas Reconnects With His Jewish Roots 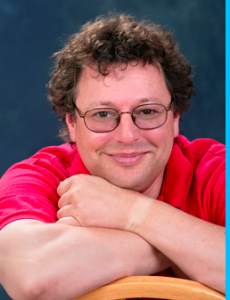 During the Holocaust many Jewish families in Germany tried to escaped in order to survive. Others were hidden by brave Germans. Andreas’ mother was Jewish and was hidden and kept safe in a monastery. Eventually she married a Gentile and had two sons with him. She decided to raise both sons as Protestants to provide them with more security. The Nazi era left her frightened about raising her children with a Jewish identity. She did not want them to become outsiders.

Andreas knew he was part Jewish but he never spent time amongst other Jews. It wasn’t until he spent a year in the U.S as a high school exchange student that he had his first encounter with a Jewish community.

When he first arrived in Michigan he found that it was very conservative. He was not happy and wanted to go back home. During, his winter break he flew to visit his Jewish relatives in White Plains, New York. He told them about how he was feeling and they decided to take him in. That is where he interacted with other Jews and that is also where he discovered a passion for computers.

Once he finished the school year Andreas reluctantly headed back to Germany to finish high school. After, finishing high school he applied to many American colleges and was accepted to Harvard. At Harvard, he got involved in Jewish culture and traditions. He was invited to the Jewish holidays with local families. That’s where he learned about the Passover Seder. Not only was Harvard a diverse place where he learned more about his background, but his academic experience was also very enriching. He left Harvard after completing his Bachelor’s and Master’s degree, while he worked multiple part time jobs as a dishwasher, and eventually a research assistant.

When he went back to Germany, he finally married his high school sweetheart and attained a PhD. He began applying for jobs in the U.S. He applied to about fifteen different companies but he was not able to obtain a position. Andreas did not give up and the following summer he went to California to visit the companies that had rejected him. After two long days of presentations and interviews he was hired at Hewlett- Packard. Within a couple of days, two big men as he described them, arrived at his home in Germany and packed all of his and his wife’s belongings.

Andreas and his wife flew into Palo Alto, California in 1982. They lived in a hotel, until they found a home in downtown Palo Alto. He worked at H-P for about ten years where he created different types of software. Later, he began working at Xerox Palo Alto Research Center, where he worked making computer language easier to manipulate.

Andreas and his wife had two children and later moved to a townhouse in Menlo Park. At home, the family spoke in German.

Since 1994, Andreas has been a professor at Stanford University in the computer science department as well as making online learning comprehensible. Over, the years he found Jewish community, in his breakfast group at Printer’s Inc. Cafe and spends his Sunday evenings enjoying dinner with the Jewish family and friends.

This interview of Dr. Andreas Paepcke was conducted by Maria Vazquez.