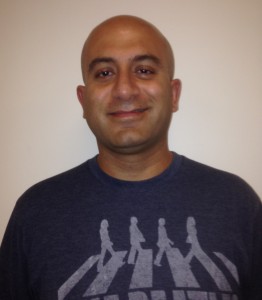 Amitesh came to the US in 1996 from New Dehli, India, to get a business degree at Case Western in Cleveland, Ohio. School led him directly into a finance job and other jobs followed until he found himself living in Palo Alto. Perhaps because of the cold weather in Cleveland, the sidewalks were relatively empty compared to the constant bustle in New Dehli. Amitesh wondered “where did everyone go?”

Besides studying hard at Case Western, Amitesh met and dated another immigrant-student from Indonesia. Now they are married and rasing three daughters aged 2 – 6.