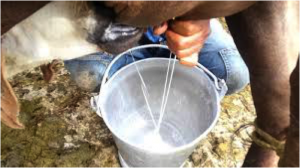 If all of my kids graduate from college, I would feel like the happiest woman in the world.”

The year was 2001 when I was working on a farm with my parents. I had a hard life because we were not rich and had to work hard. We had to take care of animals and had to work every day. We had to feed the cows, get the milk, give them water, and take them somewhere where they can eat. We didn’t have enough money or food. It was then that I decided, I want to live in America for a better life and for a better place. I had to pay $6000 to come to the United States.

I had to pay six thousands dollars to a person to bring me here from “EL SALVADOR” to the United States. I had to take cars, buses, train and walking with others people and the person who was guiding us. It took about 2 months because some times we had to wait in hotels or in other people’s houses because there were a lot of police outside and we had to wait until they would leave.

When I first arrived in America, I thought that it was going to be easy. But here, I have to work no matter what because I have to pay rent, electricity, water, food and others things I want and need. I thought it was going to be easy but I have to work everyday. I work in a hotel where I have to clean everything. This is a job that I get a little amount of money and sometimes there are better jobs, but since I don’t speak English, my life is hard.

When I first came here I thought that I will never learn English. When I was alone and I wanted to buy something, I had to point to the things I wanted. Some people got mad because I took a lot of time because they couldn’t understand me. But later, I went to classes to learn English. I was able to learn a little bit of English because I was ashamed of pointing at everything I wanted.

When I first came to America, I went to my sister because she was here first and she had a house and her husband. She helped me a lot because she gave me a place to live and she helped me find a job. But later, I moved to another house because I found a boyfriend who made more money. I moved in with him and we had kids. Now, I am having a better life than the first days after I came to America because he pays all the bills.

I’m living in Redwood City, California with my kids and my husband. Right now, I’m happy because since I came here I haven’t been in trouble and I have 5 kids. I work as a babysitter. I can send money to help my parents so they can buy food and not starve to death. My hope is to help all my children with everything so I can see them graduating from college. If all of my kids graduate from college, I would feel like the happiest woman in the world. I don’t want any of my children to have the same life as me. I want all my children to have the best life with their kids and live happy forever.

This interview was conducted by the son who is a 9th grader in Redwood City, CA.